Principal® Point of View analyzes financial news and trends face to face with our internal experts in a monthly roundtable discussion. Panelists highlight issues to help keep advisors up to date.

Politics may not be the safest topic for holiday chitchat among extended family. But as an advisor, you can be useful to your clients without getting partisan. There are ways to help them better prepare their portfolios and budgets based on the outcome at the ballot box.

The tension is palpable as you sit down with relatives for a holiday dinner party. Clutching sharp silverware, you gaze into each other’s eyes in silent worry: Can we get through this meal without talking politics?

Political polarization may have become as familiar to the holiday season as the Grinch.

Surprisingly, money may be the safer topic for table banter.

The effects of the recent midterm elections—with Democrats retaking control of the US House of Representatives—will sweep through all our lives, financial or otherwise, in the coming year.

While the experts at Principal don’t have an easy solution for your clients’ dinner parties, they do empathize.

“In part that’s because the loudest voices we hear—from D.C., especially—are the fringe voices. And we don’t hear voices in the middle that are more moderating, more conciliatory, more understanding, and even kinder.”

Heather Winston, an assistant director for consumer clients at Principal, recommends that we focus on gratitude for what we have, rather than lamenting factors outside the scope of our control. “The key to harmonious conversation is to set ground rules of what is considered acceptable,” she says. “Then, fingers crossed, there will be no mashed potatoes flung—literally or metaphorically—across the room.”

Specific ways to couch the financial aftermath of the midterm elections

The economy, humming along in terms of employment, hasn’t worried the average voter.

A new survey of more than 1,000 consumers in November commissioned by Principal, the holiday spending and 2019 outlook (PDF), found that 63% of American holiday shoppers plan to spend as much or more on gifts compared to last year. And 69% say they feel little to no stress about their holiday spending.

Consumer confidence is near an 18-year high.

The markets in the immediate wake of the election seemed to react favorably to the “clarity” of finally having an outcome, says Robin Anderson, senior economist at Principal, although volatility has since reared its head.

Trump’s “economic agenda was largely over with the tax cuts that we saw in 2017,” she says. “So the incremental benefits to economic growth and the potential to markets from stimulus are now winding down.”

Anderson recommends caution. Your investor clients may want to focus on commercial real estate, commodities and other assets that are more closely tied to the economy.

If the market manages to rally by the end of the year, adopt a more defensive position in your portfolio. Move away from smaller-cap stocks or lower quality credit.

What matters most to the economy after the election?

If market volatility picks up, Anderson says, she thinks it’s possible that the Fed could pause its gradual rate hikes.

She also will be watching for fluctuation in the rate of the 10-year Treasury note and any reaction from the European Central Bank.

Be sure your clients review their tolerance for market risk.

After a “prolonged period of extraordinary monetary policy,” Anderson says, investors should get used to more modest returns and sharper volatility.

What should small businesses expect?

Business confidence has been at a record high, says Anderson.

“You saw a big surge in small business optimism after the (2016) election,” she says.

But a continued market slide this holiday season could curdle business owners’ eggnog.

And while Trump’s deregulatory agenda may continue through executive action, some of that post-2016 business confidence could erode with more pushback from a Democrat-controlled House.

Here’s a bright spot to highlight for clients: There’s optimism that the Retirement Enhancement and Savings Act (RESA), giving more workers access to 401(k) savings by allowing small employers to share costs by bundling benefits, could make it through Congress before the end of the year.

What about healthcare worries?

The new Holiday Spending & 2019 Outlook from Principal also showed healthcare as holiday shoppers’ No. 1 concern for the New Year—more than politics, gas prices, wages, markets, terrorism, and a host of other issues.

You should be able to reassure clients that the election, if anything, was a vote for more comprehensive healthcare as candidates of both parties campaigned to protect coverage for people with preexisting conditions. And three red states—Idaho, Nebraska, and Utah—voted to expand Medicaid.

“The chance that Obamacare gets dismantled through legislative action seems pretty diminished now that the Democrats are in place,” Anderson says.

There even could be bipartisan support for lower drug prices.

Advisors might encourage clients to engage with them in active planning for healthcare costs to alleviate worries. And clients nearing or in retirement should remember Medicare open enrollment, Oct. 15-Dec. 7.

Did the midterm elections significantly change markets—or us?

The president has been a vocal critic of the Fed’s interest rate hikes, and the general politicization of the Fed is likely to continue, Anderson says. But she has a bigger concern.

“The next time we have a crisis—given the polarization in politics right now—will politicians have the will to do what’s unpopular but needed? The way that they in some ways had the political will to do after the (2008) financial crisis?”

One silver lining of the elections was more than 49% voter turnout, perhaps the most active midterms in a century. Stanley Nguyen translates that to mean “more people realized that voting matters.” This should boost morale for some clients to help them see how their investments—money, time, or otherwise—are part of a story of steady progress for our country and not just lost among political chaos.

Meanwhile, advisors should make sure clients’ portfolios match their goals and timelines as the market gets riskier. 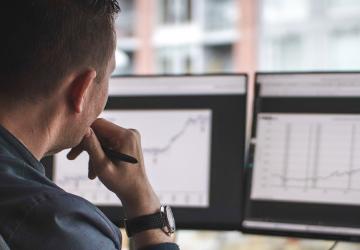 Our thoughts on recent market volatility 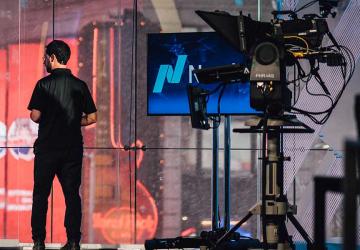 Looking ahead: Our chief global economist's take on what could affect you financially in 2019 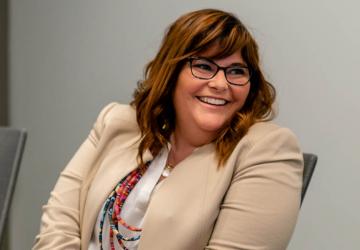