As dawn broke on December 7, 1941, war had been raging across much of the globe for more than two years. Though not yet an active combatant in World War II, the United States was very much aware of the risks confronting it. Indeed, many precautions had already been put in place to protect against the risk of attack.

The US possessed in Hawaii more than enough ships, aircraft, soldiers, and materiel to respond to any threat. Frequent exercises were held to keep troops sharp. All reasonable measures appeared to be in place to address any contingency.

So vigilant were the preparations, that state-of-the-art radar stations were placed around Oahu to detect incoming enemy formations as early as possible. One of these stations, manned by George E. Elliot Jr., picked up a huge “blip” of incoming aircraft just after 7 a.m. local time. According to his training, Elliot reported this suspected wave of incoming planes up the chain of command to Lt. Kermit Tyler, who interpreted the information as an incoming group of American bombers expected that morning.

Tyler told Elliot not to worry about his observation. The information, which could have provided 10 precious minutes of preparation time, never made it to Pearl Harbor. The rest is well-known history. One communication error outweighed huge amounts of expenditure and preparation, leading to what could be the world’s most infamous risk management error.

Although the stakes aren’t nearly as high, those managing defined benefit (DB) risks may face similar challenges. The war against pension risk has been going on for some time now, so most are aware of the threats posed by bond rate and stock volatility. Some have made prudent preparations by cutting equity exposure and adopting liability driven investment (LDI) strategies. Quarterly meetings are held to review asset and liability performance. All reasonable measures appear to be in place to address any contingency.

One risk that may not be on fiduciaries’ radar, however, is communication risk. While it is true that technology has greatly accelerated our ability to communicate over the past 80 years, efficient sharing of current information can pose a major challenge.

The illustration below represents the service model for a typical large DB plan. Managing pension risk, particularly for larger plans, involves many parties. Actuaries, administrators, trustees, investment managers, advisors, and plan sponsors each hold pieces to the pension risk puzzle. Unfortunately, these puzzle pieces are often scattered widely across the floor, which can slow down the speed of information sharing and increases the risk of data misinterpretation between parties.

In a perfect world, these various entities and providers would work seamlessly in a frictionless vacuum to the ultimate benefit of plan sponsors and participants. In reality, varying levels of expertise, technology, and general cooperativeness among players can result in suboptimal outcomes and increased sponsor workload. So even if a blip of risk or opportunity is identified, its existence may not get reported to those who most need to know.

An ounce of communication = a pound of tools

LDI and pension risk transfer, the main weapons in the fight against pension risk, are abundant and highly effective when deployed correctly. But merely stockpiling tools without improving communication practices could result in them sitting ineffectively at dock while the next catastrophic surprise risk attack occurs. 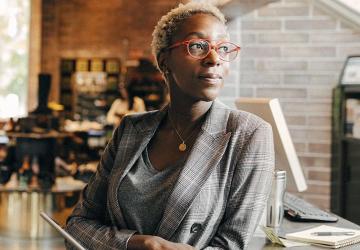 Mike Clark is a fellow of the Society of Actuaries (SOA) and a member of the American Academy of Actuaries (AAA) who much prefers “Tora! Tora! Tora!” over “Pearl Harbor” for historical accuracy.