This couple dreamed of retiring at sea. See how taking a few risks and delaying retirement made it happen.

“It took a while for me to get ready to move onto a boat,” says Sue, in her late 60s. “It wasn’t until we found ourselves wanting to spend all our spare time here that it dawned on me that this must be where I want to live.”

Clyde, mid-70s, lingers outdoors on the aft deck, where Mount Rainier towers on the southern horizon. “Our summer trips up to Canadian waters are what we enjoy the most,” he says. “The live-aboard is sort of a bonus.”

Like so many, the Dipperys downsized as part of their transition into retirement—but with a twist. Everything they kept would have to fit aboard the Copacetic.

When the couple decided to retire on a boat, they sold their beloved home in West Seattle to help make it work, benefitting from the appreciation in real estate prices.

They’ve lived here for five years, docking in a harbor in Puget Sound, an arm of the Pacific Ocean that reaches into the coasts of Canada and Washington state. They’re surrounded by the backdrop of Rainier and the Olympic and Cascade mountain ranges, just across the water from downtown Tacoma.

Copacetic was one of Clyde’s father’s signature words. “He said it meant that everything is good, everything is running smooth,” Clyde says. This is true of the watercraft—and of the Dipperys’ retirement.

When it’s time to cast off, the Dipperys don their headsets to communicate while piloting the craft. Clyde typically assumes his perch on the flybridge at the top of the boat to command the best view.

“Some people would probably refer to me as captain and her as mate,” Clyde says. “And others would refer to her as admiral and me as captain.” 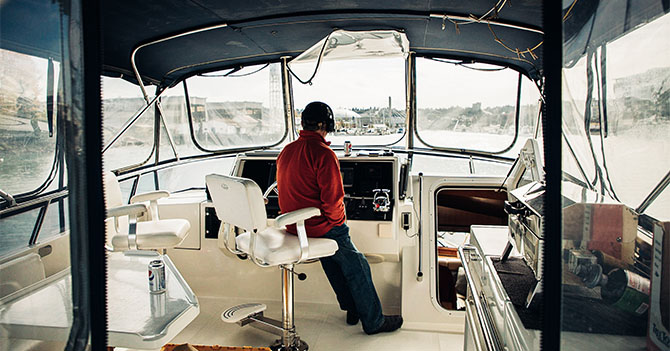 Clyde spent much of his career in clothing retail, traveling as a buyer.

So Clyde launched a second career, a small business with a former boss. They established a local chain of men’s workwear stores, stocked with premium items such as bulky industrial boots.

That became the crucial factor in the Dipperys’ retirement timeline.

Clyde delayed retirement to age 70 to give his business time to grow to adequately fund their retirement.

“We knew that our retirement was basically tied up in our business,” Clyde says. “In order to have a successful retirement, we had to have successful businesses.”

Had the workwear chain soaked up the couple’s savings, the Dipperys would’ve been forced to downsize everything about their retirement and skip the boat. The first decade was tight as Clyde plowed money back into the business. But gradually it paid dividends as he helped build nine stores. The retail floors of each store also expanded, growing from about 2,000 to 15,000 square feet.

The couple is using a 10-year payout from the sale of Clyde’s partnership in the business, a term negotiated with help from an attorney/CPA. That provides retirement income while they’re also investing a portion in an annuity to help fund the remainder of their retirement.

Sue’s income as a nurse also sustained the couple, especially early on.

“I always had confidence in Clyde and his partner that they’d be able to make a go of the business,” Sue says. “But I also made a good salary. Some years, I was the main breadwinner.”

Sue loved her career as a nurse, much of it spent as a women’s health researcher at the University of Washington. Later, she became a nurse practitioner.

Sue retired at 65 and began receiving her pension. She also began drawing Social Security at 65, while Clyde waited until 70. Clyde couldn’t rely on retirement savings from his career as a buyer because he reinvested it in his business.

Sleeping on a boat is almost like being rocked to sleep, Sue says. “I appreciate the beauty of it. The ability to untie from the dock and travel. To take our house with us when we go. I love the adventure with Clyde—that’s a big part of it.”

Settling into an island retirement 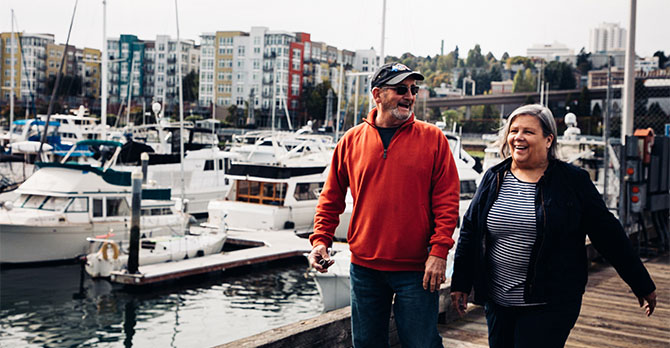 The couple is relatively healthy. Clyde has long managed his Type 2 diabetes, and Sue navigates the boat well with her synthetic knees.

Still, the Dipperys plan to leave the boat and move permanently to their ritual winter destination: a bamboo house on the Big Island of Hawaii. The island has come to feel so much like home that they’re willing to give up the relative tax advantages of Washington state.

“You don’t know what’s ahead of you,” Sue says, talking about boating, or maybe retirement. “You have to plan as best you can for whatever obstacles you might run into.”

Estate planning is important in the couple’s retirement vision. The Dipperys don’t have children, so they plan to donate much of their estate to charities consistent with their lifelong values, including a women’s shelter in Seattle and organizations dedicated to preserving the natural marine environment.

In June 2021—after eight great years on the water—the Dipperys sold the Copacetic, following through on their plans to live full-time in Hawaii.

Ready to get started? 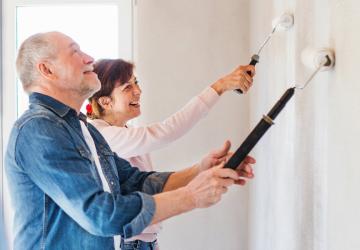 Should I use my 401(k) to pay off my mortgage? 5 things to consider 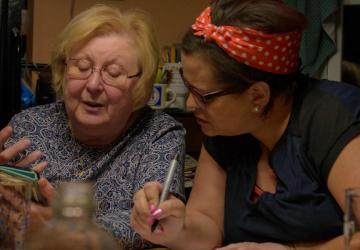