How to spot a recession (and worry less about its effects)

As the spread of coronavirus rattled financial markets and triggered widespread volatility in March, recession fears became a reality. The service-sector economy in states across the country ushered in an almost complete shutdown, followed by a very limited reopening. There have been millions of job losses and an unprecedented federal stimulus to help businesses and households rebound.

Now that the United States economy is officially in a recession, how long do experts think this downturn will last?

What, even, are the conditions that made this a recession?

We’ve got the details.

To define a recession requires a general understanding of an economic number called gross domestic product, or GDP.

Every day, people nationwide—farmers and factory workers and babysitters and social media influencers—all head to work. Together, they produce the goods and services that make up the U.S. economy.

If you add up the dollar value of all the things they make and the services they deliver, you get the national GDP. When the economy grows, the GDP gets bigger as workers make more stuff and perform more services.

Recession hits after a peak

“A recession is part of the cycle that economies go through,” says Bob Baur, Ph.D., chief global economist for Principal® Global Investors. “In a sense, economies have seasons. But instead of repeating spring, summer, autumn, and winter, economic cycles may last for years.”

When businesses are doing well and the economy grows, it’s sort of like spring. New companies pop up and consumers buy things. Then the economy overheats—it grows at an unsustainable rate, and GDP hits a summer-like peak.

A recession is part of the cycle that economies go through.”

Eventually, after the worst is over, the economy starts heating back up, growth returns, and the cycle begins again.

How do we know when we’re in a recession?

Typically, economists call a recession when GDP has declined for two consecutive quarters.

“A committee at the National Bureau of Economic Research (NBER) is responsible for officially declaring when recessions start and end,” Baur says.

The NBER looks at several pieces of data such as total employment numbers, inflation-adjusted household income, wholesale and retail sales figures, and industrial production. When the NBER committee sees a sizable decline in all four pieces of data for several months or quarters, they’ll call it a recession.

Recessions have come in different shapes and sizes over the years. According to the NBER, there have been 11 business cycles in the U.S. since the end of World War II, and the average recession lasted for 11 months. The 2008 recession was particularly bad and lasted for about 18 months. But it came after the U.S. economy had been growing for about six years. The recession before that, in 2001, only lasted about eight months, and it came after about 10 years of growth.

What about this recession?

Investors and the media already were focused on the possibility of a recession in 2019, thanks to trade tensions between the U.S. and China and worries that economic growth might stall. And today people wonder about the length and severity of this recession.

2020 saw an unprecedented and unique economic contraction, Baur says. “No economy has ever gone through recession-inducing actions such as locking down and voluntarily closing businesses,” he says.

And 2020 began much differently, with strong growth and consumers in much better shape compared to a dozen years ago. Total household debt as a percent of GDP had steadily decreased. Some trouble spots in the economy (corporate credit, auto-loan delinquencies, and student loan debt) had been offset by hot housing and job markets, low interest rates, and gains in capital spending and manufacturing.

This recession’s shape and length depends on several factors, Baur says. There’s the question of whether COVID-19 can be contained, how vaccine developments proceed, and whether disease treatments improve. Experts will also watch school reopenings and how the losses in employment, income, retail sales, and industrial production can be reversed.

Improvements in those segments may help to bolster consumer confidence, but the reverse may negatively impact the downturn.

“If consumers lose their confidence, they try to raise savings by not spending, which then leads to a vicious circle of less consumer spending, more job losses, more wage cuts,” Baur says. 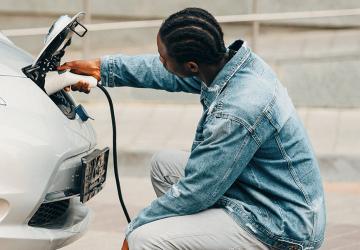 Want to keep more money this tax season? These 10 strategies can help. 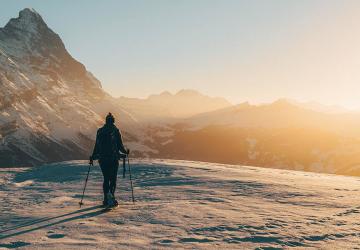 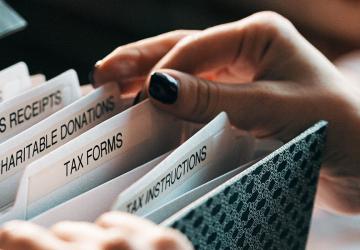