If the economic outlook sounds like a broken record, it’s probably because it is: Impacted businesses, jobs, and consumer confidence are all hostage to the shape and force of the COVID-19 pandemic. However, there’s something else that’s worthwhile to consider over the short- and long-term for its impact on the economic outlook: taxes.

You pay all sorts of taxes, all year long. Come spring, you’re probably thinking a lot more about taxes (and the April 15 filing deadline) than at any other time of the year.

But taxes aren’t an immovable force; some may change in the near term, some are mostly fixed, and many may be in your control.

What taxes should you think about most, how might they be different this year, and what can you do to control what you pay and free up more for your wallet? Here are some insights.

There’s a significant difference in taxes people pay from state to state and city to city, and how they all fit together is a giant puzzle, Heather Winston, assistant director of retirement and income solutions at Principal®, says.

Let’s start with income taxes, both federal and state. Your federal income taxes help the country pay everything from national defense to Social Security and health and safety net programs.1 As a candidate, Joe Biden had lots of ideas about who he wanted taxed more and who should get more tax breaks. As president, he can’t implement changes to the federal tax code with the stroke of a pen; he needs the buy-in of Congress.

If, as he proposed, President Biden increases taxes on those in the uppermost income brackets, will it change much in the economic outlook? In the near term, probably not, and over the long term, experts and pundits often disagree.

But one tax break Biden has advocated for would have a very real impact on the federal taxes many middle- and lower-income Americans pay: an increase in the child tax credit. As potential federal stimulus winds its way through the legislative process, pay attention to that key piece of the puzzle.

One tax break Biden has advocated for would have a very real impact on the federal taxes many middle- and lower-income Americans pay: an increase in the child tax credit.

“While they’re in session, state legislatures often make changes to tax brackets and rates,” Winston says. Pay attention to any active bills where you live to see if they may impact on your taxes.

Your wallet: If you have children and a child tax credit is implemented, it may affect your tax filing in 2022. In the meantime, once you finish your federal and state tax returns, look at either the total you paid or the refund you received. You can adjust withholdings to take out more (or less) so that you’re not hit with a bill or “lending” the government too much during the year.

Trying to escape property taxes in the United States? You’re out of luck: Every state has them, though the exact amounts vary.3 Here’s the thing though: If you own a home, the bulk of your property taxes are levied at the local level. In fact, state property taxes only account for about 1% of state revenue, but about 50% of local revenue.4

Sometimes the federal economic choices made by Congress and the President may not feel like they have a direct impact on your day to day, but property tax collection and use does. These funds often go directly toward services such as law enforcement and road improvements.

Your wallet: If you’re considering a home purchase, figure property taxes into the equation. Unlike a mortgage payment, you can never pay off property taxes; they’ll be due every year and may increase from year to year. A larger piece of property or bigger house will equal more property taxes, too. “Everyone will have differences in their tax situation, because we’re each taxed at different amounts and in various ways,” Winston says. “We should all aim to minimize the taxes we pay unnecessarily but tax avoidance or eradicating all taxes should not be our goal.”

Much like property taxes, sales taxes originate at both the state and local level: 45 states have a statewide sales tax and 38 allow local sales tax. Sales taxes, of course, supply those states and local governments with revenue for all the local things that we depend on—fire departments and public schools, for example.

In 2020, sales tax collections took an early hit with shut-down and stay-at-home orders across the country but rebounded somewhat during the year. It’s expected, if vaccinations accelerate and COVID-19 subsides, that spending may also rebound, leading to a more positive economic outlook at the local level.

Your wallet: Of all the taxes you pay, this is the one that offers you the most control, especially on bigger purchases. That car you’ve been eyeing? You’ll pay sales tax on it. The county one over with a lower sales tax on clothes? It’s great, but you’ll spend extra gas driving there.

“There are tradeoffs to be made every single day; some have short-term results, and some have long-term impacts,” Winston says. “Be aware of where you’re saving and where you’re not. Weigh your decisions. Like the old saying goes, ‘Don't step over dimes to pick up pennies.’ ”

There are tradeoffs to be made every single day; some have short-term results, and some have long-term impacts.”

Ask for help. A financial professional may talk you through how economic news effects your short- and long-term goals. Check with your HR department or employer to see if your company’s retirement savings plan offers this service. Or, we can help you find one. 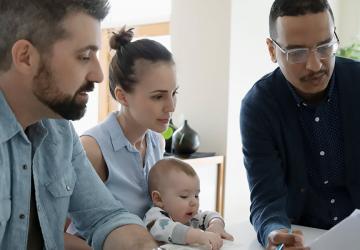 2021 retirement contribution limits and income ranges: what to know 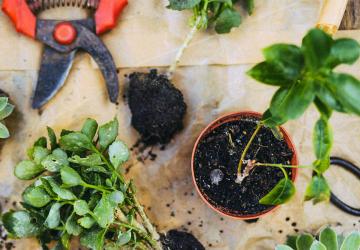 What's in my retirement plan?

The subject matter in this communication is educational only and provided with the understanding that Principal® is not rendering legal, accounting, investment advice or tax advice. You should consult with appropriate counsel or other professionals on all matters pertaining to legal, tax, investment or accounting obligations and requirements.​