Real money stories: This young couple plans to retire before they turn 50

Ariana Schleisman’s coworkers in Portland, Oregon, stood over an office garbage can, cut her shoes to pieces, and threw them away.

Strange as it sounds, this was a celebration.

It’s all part of how Schleisman, 29, a marketer, and her husband, Ted, 31, an actuary, live frugally with the goal of financial independence before age 50.

You may have followed news coverage about the Financial Independence Retire Early community. FIRE has spread among millennials, fueled by America’s decade-long economic expansion and disciplined practices such as dedicating up to 70% of yearly income to savings. Another crop of young “Super Savers” borrow ideas from the FIRE community—as well as their parents and other traditional financial planning methods. The vast majority (71%) begin saving for retirement in their 20s.1

How to plan to retire early?

One of the couple’s first big shifts was to relocate from a pricey waterfront high-rise condo to a century-old house in an affordable neighborhood. Then they moved to a less expensive city. Ted’s newly retired parents left Wisconsin and joined them, pledging to provide daycare—a privileged situation that requires willing family and serious cooperation. This also is a so-called credit-card “churning” household: The Schleismans continuously cycle through different credit-card providers to earn sign-up bonuses that in the last 5 years have covered all their vacation airfare and hotels.

Both Schleismans take full advantage of their employer’s matching contribution and hit the IRS annual $19,000 maximum allowance for 2019. Free retirement savings, like the employer’s match, helps shorten the FIRE timeline.

This after-tax method of retirement savings means that their account growth isn’t taxed, and neither are withdrawals.2 Unlike a traditional IRA, they can continue to contribute to it after age 70½ (as long as they earn income) and will it to heirs (also tax-free).

Maxing out an HSA contribution ($3,550 for individuals, $7,100 for families, IRS limits for 2020) lowers taxable income while paying for qualified medical expenses with pretax money. This helps buffer the impact of a high-deductible health plan. Any interest earned also is tax-free, and amounts not used roll over from year to year.

The Schleismans weren’t comfortable with the risks and time burden of owning real assets, such as rental property, so they invested in stocks and bonds.

Budget clarity and regularity is essential. Every paycheck goes into a joint account. From there, the money is distributed to:

FIRE frugality isn’t for the fainthearted and has a better shot to work with the deliberate pressure-release valve of an individual allowance. “That money is for whatever we want, no judgement,” Ted says. “If we want something big, we save for it ourselves—no taking from the family pot.” They started small with $20 per paycheck and now routinely deposit a couple hundred dollars apiece.

Yes, the Schleismans drove hand-me-down cars from their parents until they rattled apart. But they also bought a new one before their daughter was born. (A 529 plan for college savings will likely be added to the family budget.) And they purchased a comfortable home with enough room for their growing family. Not everything in their life is reduced to a savings strategy.

The Schleismans guide themselves toward retirement with a financial formula: They’ve anticipated what they might routinely spend as retirees, including a downsized home (possibly a rental) and no more than 1 car. Their overall target savings, Ted says, “allows for a 4% annual withdrawal rate which may be appropriate for the vast majority of projected market returns.” 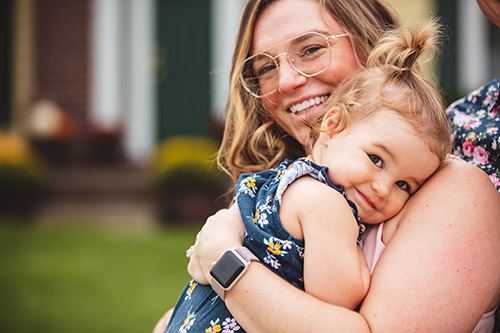 Ariana Schleisman holds Georgia, her 16-month-old daughter. Georgia should be no older than 20 when her parents retire. 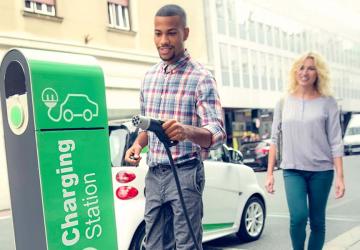 How to keep more money this tax season? These 10 tips can help. 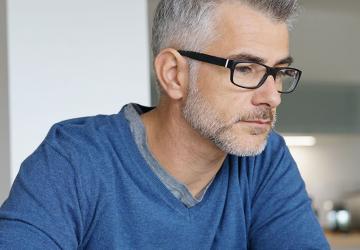 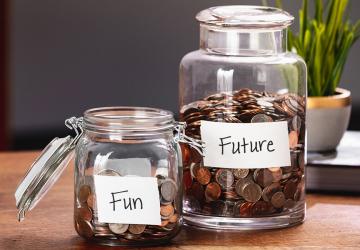 2 Your account must be open for 5 years and you must be over age 59½ to be eligible for qualified tax-free withdrawals.