What is a recession?

It would be great if the signs of a recession were definitive milestones, but unfortunately, that’s not the case. In fact, recession science is not really science. Experts are constantly reevaluating data to make an official determination of when a recession starts (and just as importantly: when it ended).

Any shift in an economic cycle looks different based on what’s happening at that moment in time. And while the signs of a recession aren’t totally concrete, some factors provide good indications (and may help you figure out what to do in a recession).

Signs of a recession: GDP decline

If you’re looking for an academic explanation of a recession, it’s not hard to find: The National Bureau of Economic Research (NBER) defines a recession as two consecutive quarters in a row of declining economic activity, or gross domestic product (GDP).1

GDP is simply all the produce the goods and services that make up the United States economy. When the economy grows, the GDP gets bigger as workers make more stuff and perform more services. When it contracts—when we’re in a recession—it shrinks.

Pretty straightforward, right? But how does that explain the outliers, such as the decline from March 2020 through May 2020—just two months, not two quarters?2 And how does it account for the NBER initially pinpointing the start date of the 2001 recession as September before eventually revising it to March?3

Tip: What can you do when stock markets cause you extra stress? These investing tips can help you navigate those ups and downs.

Signs of a recession: Other economic data

Well, that’s because two quarters of decline is a benchmark, not an absolute. And experts layer in other numbers, too, such as total employment numbers, inflation-adjusted household income, wholesale and retail sales figures, and industrial production to determine whether we’re in a recession.4

Even after getting all the relevant data sets, the NBER does a fair amount of revising. (Even that GDP number often gets an update.) When the NBER committee sees a sizable decline in all data for several months or quarters, they’ll call it a recession. 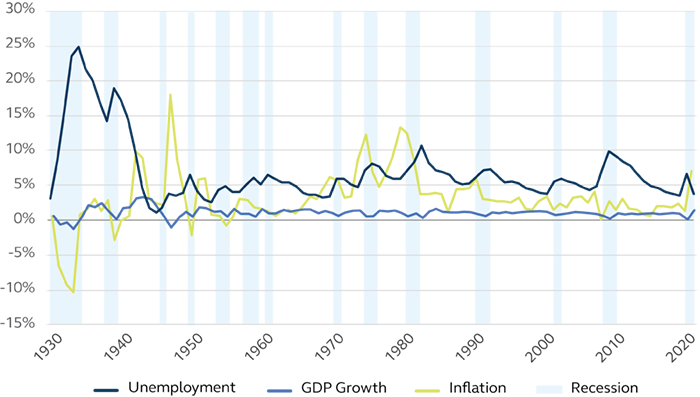 Key to the formal recession designation are depth, diffusion, and duration of economic numbers, not all of which move in tandem (or even drop at all). When it came to the 2020 recession, for example, the NBER concluded “the subsequent drop in activity had been so great and so widely diffused throughout the economy that, even if it proved to be quite brief, the downturn should be classified as a recession.”5

As for right now, in 2022, the signs of a recession are muddled. “While two consecutive quarters of negative growth is technically a recession, other timelier economic data are not consistent with recession,” says Seema Shah, chief global strategist for Principal Asset Management.

Tip: How do you start budgeting for retirement—especially one that might include a recession? A deep dive into possible retirement income and expenses can help.

How long does a recession last?

Recessions have come in different shapes and sizes over the years. According to the NBER, there have been 11 business cycles in the U.S. since the end of World War II, and the average recession lasted for 11 months. In addition, everyone—you included—has a preconceived notion, based on their personal history, of how a downturn will play out.

For example, people who lived through the 1970s may remember the financial doldrums that accompanied stagflation—slow growth and high unemployment and prices. Adults who came of age during the Great Recession of 2008, on the other hand, may assume a recession equals a long downturn with very high unemployment (9.5% at that recession’s worst).6

The point is, every recession is different, and how it affects you and your family depends on both your preparation and ability to pivot. If you haven’t been saving enough—a smaller-than-wished-for emergency fund or a less-than-ideal retirement savings rate—your menu of possible pivots may be more limited.

The key is realism and an embrace of some uncertainty. If signs point to the likelihood of a recession and you feel uneasy, you can take small, concrete steps. For example, not spending money probably isn’t realistic; cutting one takeout meal per week is.

That same uncertainty extends to wondering about the length of any downturn. “Think of it like this: When a bull or bear market ends, you don’t really know it ended until well after the fact,” says Heather Winston, director of individual solutions at Principal®. “It’s similar with recessions. You can sense something is coming, but no one can necessarily predict how profound it will be, when exactly it will show up, and when it’s going to go away.” 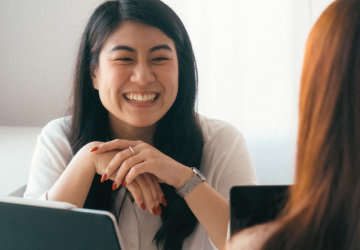 Should you convert retirement savings to a Roth IRA? 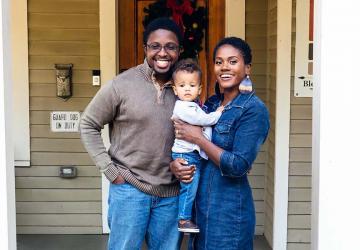