What do a 30-year-old accounting clerk from Oregon and a 37-year-old school consultant from Minnesota have in common? They’re both on track to retire early, possibly by 55.

When Erynn Ross moved back home to Oregon after graduating from college, he knew he’d save money by living with his mom. What he didn’t expect was that she would tell him he could pay her rent—or pay into an index fund.

“That really started the saving train,” Ross says. He began investing, contributing to a 401(k), and paid off debt. By the time he was 27, he was saving the maximum amount allowed in his 401(k). And that makes him a “super saver.”

Ross says he wasn’t always so eager to save, but his mom wanted to instill good habits when he was in high school. “She’d already set up an IRA for me. We came to a compromise that 75% of my paycheck went toward retirement,” Ross says. “As a teenager, I wasn’t too happy about it.” (He’s thankful now.)

Bekah DeJarlais from Rockford, Minnesota, took a slightly different route to her super savings track. Buying her first home at age 25 and taking a higher-paying job three years ago helped her ramp up her long-term savings.

That first home was small and modest, but she sold it nine years later when the area she lived in was growing. “People couldn’t afford Minneapolis, so they were flocking to my suburb. It was a great time to sell,” she says.

DeJarlais started maxing out her 401(k) when she started the new job, but it helped her save money in other ways, too. At the time, she and her husband were driving 2004 and 2005 cars. Since her new job included a company car, they were able to sell hers and buy her husband a newer car. They also took the amount she’d been spending to insure her old car and put it into savings. That’s when they began paying their auto insurance every six months, instead of monthly, which meant a lower premium.

While she watches her spending and is always looking for ways to increase savings in small ways, DeJarlais says she doesn’t live on a budget. What she does is pay herself first by saving for retirement, covering the bills, and then trying not to spend more than $200 in “fun” money.

Financial tips for other super savers

Ross shares what works for him when it comes to managing money.

How do you know if you’re a super saver?1

Sound like you? How about this: According to new research by Principal®, super savers favor long-term sacrifices over short-term cuts to their daily expenses to max out their retirement contributions. Here’s what they do:

own a modest home

clean their own home, instead of hiring a housecleaner

do DIY projects instead of hiring outside help

I was doing social distancing before it was cool; I just don’t do concerts. I also don’t have Netflix or Amazon. But I have a library card, and that’s free. Plus an Audible subscription for when I travel by car.”

So, have they changed their financial strategy this year?

Super savers are still stashing money away, despite recent market volatility and a global pandemic. The overwhelming majority (97%) say they feel comfortable managing finances through uncertainty.

Has DeJarlais thought about saving less this year? “Not really. My fear is if I would see it, I would spend it.”

These two super savers share what’s worked for them

Accounting clerk in the security and fire alarms industry.

Consultant to school districts for a regional food distributor.

Lives in a suburb of Portland, Oregon. Engaged. Has two dogs. Likes to run, hike, kayak, camp, and be outdoors.

Started saving money at 15, contributing to a retirement account at 22. He’s been maxing out his 401(k) contribution since he was 27.

Started saving for retirement in high school when she had a job with a 401(k). She’s currently saving 16% of her salary in her employer-sponsored retirement plan.

Keeps three to six months of living expenses; has tapped it recently for plumbing leaks in their home but is replenishing it right away.

Has six months of monthly expenses saved in a high yield savings account.

Lived with his mom after college to save money and pay off small student loans, drove a 24-year-old truck, and saved for six years before he bought a new one.

Moved to a smaller community and doesn’t spend as much there, has a company car with gas and insurance costs covered so she doesn’t have personal auto expenses, plans before she shops so she doesn’t overspend.

Ice cream (cookies n’ cream is a favorite), a new truck, enjoying time with friends when they’re in town, planning a honeymoon in Aruba.

Takes nice vacations (“We live it up,” she says.) Also spoils her five nieces when she visits them, though she’s shifted to making more memories with them instead of buying gifts.

Wants to retire no later than 55, travel, work part-time or pick up a hobby, and read more.

Wants to retire at 55 or 60 debt-free, move to the country, and buy a lake cabin and pontoon boat.

Topics of interest for super savers:

Don’t have retirement savings through your employer? Learn how you can set up an IRA. 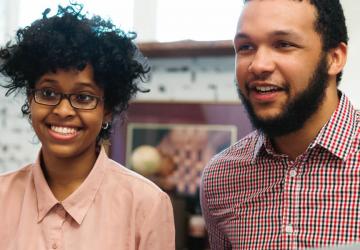 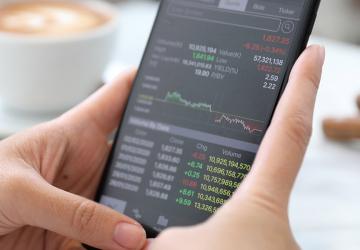 How to invest in a bear market: 5 options to consider 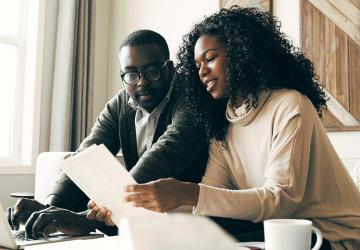 How does investing work?

1 The 2020 Principal® Super Saver Survey was sent to Gen Z, Gen X, and Gen Y participants who work for companies that have Principal as the recordkeeper for their retirement accounts and have either saved 90% of the 2019 IRS max allowed under a retirement plan or deferred 15% or more of their salary to a retirement account. The survey was conducted June 12-22, 2020.

The subject matter in this communication is educational only and provided with the understanding that Principal® is not rendering legal, accounting, investment advice, or tax advice. You should consult with appropriate counsel or other advisors on all matters pertaining to legal, tax, investment or accounting obligations and requirements.