October economic commentary: 5 numbers to watch in the month ahead

Experts looking to history for clues about the economic path forward for the United States don’t have it easy. There are few precedents for the economic downturn that officially began in March 2020.

Take its speed, for example: In just three weeks, a 128-month-long streak of U.S. expansion ended. “It was the fifth worst quarter in a century,” says Bob Baur, Ph.D., chief global economist for Principal® Global Investors.

But that second-quarter slide was followed by an equally unprecedented third-quarter U.S. rebound, Baur says. Some areas, such as housing, demonstrated strength. Others, including travel and hospitality, continued to struggle.

What will October hold? Here are the news headlines to watch for the month; these factors may have a direct impact on your finances at home.

Though the U.S. seven-day average of virus cases appears to have peaked in July, the general public’s wary focus on COVID-19 numbers continues to pull on the up-and-down economic numbers in this country.

Consumer confidence, for example, dropped to a six-year low in August.1 But single-family home sales reached a 13-year high in July.

That contrast reflects a general feeling of caution, which in turn has led to a restrained rebound and October forecast.

Do consumers believe it’s safe to go out? Should they spend or save?

“Because the virus has lingered for as long as it has, people are asking themselves different questions about money,” says Heather Winston, assistant director of financial advice and planning for Principal. “The end result is behavior that comes in fits and starts”—and a recovery to match it. For example, one week you may feel confident in the ability to dine at a restaurant with family, while the next week you may not. That whiplash trickles down to the strength of your local economy.

That uncertainty will likely continue in October. If COVID-19 appears contained, people may be more confident in their ability to travel, socialize, and make plans. If news on potential vaccines and treatments is also positive, that could boost spending sentiment. But if the reverse happens, any gains could come to a halt.

The activity of the virus is clearly an important piece of the economic forecast. Even if governments don’t lock down again, if we have many more cases, then individuals will lock themselves down on their own.”

“The activity of the virus is clearly an important piece of the economic forecast,” Baur says. “Even if governments don’t lock down again, if we have many more cases, then individuals will lock themselves down on their own.”

The first Friday in any month offers a window to the economic past; that’s when various agencies release details about the previous month. This October 2, experts will closely watch for information on unemployment and jobs gains, as well as household payroll information from September.

Unemployment numbers through the summer did offer a glimpse of recovery, decreasing from a high of nearly 15% to about 8.4%. What’s different is that the newer job losses may be permanent and include industries outside the already heavily impacted travel and hospitality areas. Those companies are adjusting to an uncertain recovery as well, and that may add to the anxiety and risk that Americans feel.2

However, there’s another factor at play: the Fed and interest rates. During its September meeting, the Fed indicated that interest rates will remain at or near zero at least until the end of 2021 and possibly longer. That helps keep rates low on consumer loans such as mortgages and cars, but also on things like savings accounts.

3. School reopenings and the potential impact on family income

Nearly 60 million children attend public and private elementary, middle, and high schools in the U.S.3 Some of the country’s largest districts began the school year with virtual-only plans, putting single-parent or dual-income families in challenging circumstances. “Someone has to stay home with the kids if kids aren’t going to school,” Baur says.

That, in turn, has led to an outsize impact on women in the workforce. Women are employed in greater numbers in the service industry, which suffered more job losses in this recession. With many childcare centers closed or at reduced capacity, one-third of working women must now balance jobs with kids at home, leading to a reduction in hours or a departure from the workforce entirely.4

How long those pressures last in October and beyond will impact income levels and spending going forward.

4. Mobility, dining out, and travel choices by consumers

When cities and states initiated March lockdowns, economic activity and consumer mobility plummeted. Months later, as much of the country began gradually opening, some people opted to continue to stay home.

Baur says those patterns are reflected in alternative data that economists will be watching closely in October. For example, Open Table, an online restaurant reservation system, still shows people are only dining out about half as much as they did before the pandemic.5 JPMorgan reports credit-card spending as flat and below 2019 figures.6 Travel counts from the Transportation Security Administration have been increasing to a high of nearly 1 million, but that number is well below 2019 figures of 2.2 million per day.7 As with other economic indicators, recreational spending may be less stable than in years past.

5. The disconnect in the stock market and economic statistics

If there’s an outlier amidst the ups and downs, it’s the stock market. After its steep 20% March tumble, various indexes have regained much of their losses.

But that steady incline may be replaced in October with more volatile news that matches other economic data. “Particularly ahead of the election, it could be volatile on a daily basis,” Baur says.

It’s helpful to remember that the stock market and economic news are often disconnected. Think of it this way: The stock market often offers a glimpse into the future. Is there news of a possible stimulus bill? The markets may generally rise. Other economic figures, such as unemployment claims, reflect what’s already happened, so they’re a reminder of the past.

What you can do

The daily news may be uncertain, but you can reframe your financial goals to gain at least a little certainty at home.

Don’t be thrown off track by big news swings.

Celebrate and build on financial wins.

What do you truly value and find value in? Use that perspective to take a fresh look at your money.” 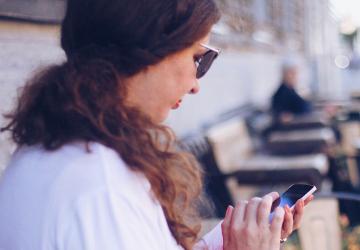 Worried about market volatility? How you can be prepared when it’s bumpy out there 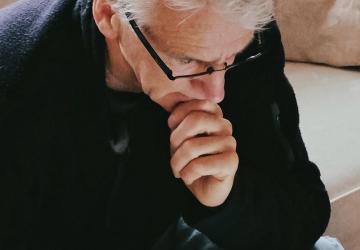 Investing near retirement: 4 tips to keep in mind during market volatility

8 NORC at the University of Chicago

The subject matter in this communication is educational only and provided with the understanding that Principal® and its employees are not rendering legal, accounting, investment advice, or tax advice. You should consult with appropriate counsel or other advisors on all matters pertaining to legal, tax, investment or accounting obligations and requirements.​

The following commentary represents the opinions of Principal Global Investors. It should not be considered investment advice. No forecast based on the opinions expressed can be guaranteed and may be subject to change without notice. No investment strategy, such as diversification, can guarantee profit or protect against loss.