John Mark Feilmeyer built a life by helping others.

“My first job after grad school was with the Peace Corps in Benin, Africa,” he says. After that, he spent several years with nonprofits in both Africa and the United States.

Life changed gears in 2016 when Feilmeyer was in Mali, Africa. That’s where he met Paul, who’d recently moved from his native Ivory Coast. By December of 2017, he was back in the U.S. with a new career. And he and Paul were married.

Now 35 and a senior program manager in Des Moines, Iowa, Feilmeyer provides the majority of the household income. He’s the sole source of the couple’s health insurance and retirement savings. They’re also training to become foster parents, the first step on what they hope will be the pathway to parenthood.

Through all the changes, Feilmeyer has maintained a classic dream of retirement. Alzheimer’s disease and dementia affected several of Feilmeyer’s family members, so he wants to be ready with enough time to fully enjoy it. “I’d like to retire by age 65, replace all of my income, and live somewhere warm,” he says.

Feilmeyer started saving for retirement late because his nonprofit jobs didn’t sponsor retirement plans. “I started an IRA [individual retirement account] a while back,” he says. “I was only putting in $50 here and there.” His savings will have to cover Paul, too.

Despite the late start, Feilmeyer’s got some good financial habits, says Stanley Poorman, CFP®, a financial professional with Principal®. “Primary providers often worry they’re not doing enough. With John Mark, there’s a good base to build on.”

Where he needs help:

A primary provider carries a heavy load and life can throw curveballs. “The best thing to do is plan for the unexpected,” Poorman says. Addressing uncertainty can help provide comfort.

5 steps to plan for the unexpected

1. Figure out “what’s enough” and increase retirement contributions to align with your goal.

It’s hard to get comfortable with retirement if you don’t know what to expect.

And you can only figure out “what’s enough” for retirement savings when you determine what sort of expenses you may have.

“A financial professional can help put detail to that retirement picture,” Poorman says.

“Once he’s got a solid idea about how much he and Paul will need, John Mark can adjust his retirement contributions.”

Starting a bit late and wanting to retire as early as possible, Poorman suggests that Feilmeyer may need to save more than the general rule of thumb (10% of annual income plus other contributions).1

2. Plan for more than retirement.

Poorman has 3 ways Feilmeyer can help improve his financial picture.

3. Adjust the financial plan to include kids.

Children can drastically change a financial situation—often in unexpected ways.

Feilmeyer figured he’ll cut back on going out, which would balance the new expenses. But it usually doesn’t work that way. “It’d be nice if your ‘having fun’ budget decreased by the amount of your new childcare expenses, but it rarely does,” Poorman says. “You’ll want to do things with your kids, like going to the zoo. Travel becomes different—and more expensive.”

The last time the U.S. Department of Agriculture did a “Cost of Raising a Child” report, it estimated a middle-income married couple could expect to spend $233,610 to raise a child through age 17. Just over $13,700 a year.

And that doesn’t include the cost of a college education—something else to keep in mind.

So Poorman’s suggestion: Stay conservative about new expenses and adjust the budget accordingly.

4. Keep expenses in check with a budget.

With half a dozen long weekends and 2 bigger trips a year, travel costs add up fast. Poorman suggests setting a travel budget so vacations don’t damage the rest of the financial plan—either agreeing on an average trip cost or dedicating a chunk of each paycheck to a travel fund.

While fixed expenses are in good shape, Feilmeyer says that “gas, groceries, and fun” can sometimes leave the bank account running on empty. Poorman says planning can help with these variable expenses, too.

Rather than leaving it up to chance, set money aside for those things. Use several bank statements to figure out a range, then set an amount toward the higher end. “John Mark is diligent about budgeting for fixed expenses,” Poorman says, “and it’s not too much more to apply the same logic to variable expenses.”

Once you’ve got those amounts set aside (having them automatically placed in a separate account every paycheck could help), then you know you can spend the rest however you want.

Debt is one area where Feilmeyer feels he could do more. “We don’t have a crushing debt load,” he says. “But I feel like people who are financially responsible are doing more to get rid of debt.” Feilmeyer has student loans, a car payment, and a few mortgages (he owns a rental house).

“He’s in pretty good shape,” Poorman says. Feilmeyer refinanced his student loan debt to a quicker repayment schedule and a lower interest rate. That should save money over time.

The mortgage on the rental property could be an issue if the house ever sits vacant, in which case he’ll have to be ready to carry the mortgage until he finds a renter.

What he'll do next

Get specific about retirement income needs and adjust contributions.

Research expenses for having kids and come up with budget adjustments. 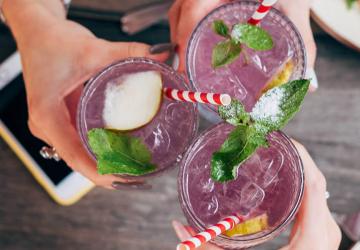 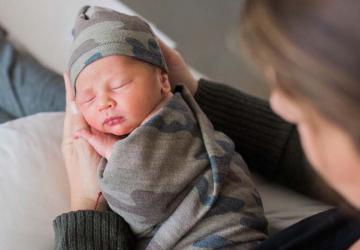 6 things to do with your money before having a baby 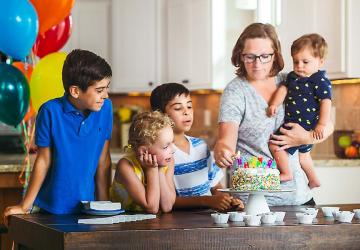 7 steps to get your financial priorities in order

1 Based on analysis conducted by the Principal Financial Group®, October 2015. The estimate assumes a 40-year span of accumulating savings and the following facts: retirement at age 65; a combined individual and plan sponsor contribution of 12%; Social Security providing 40% replacement of income; 7% annual market returns; 2.5% annual inflation; and 3.5% annual wage growth over 40 years in the workforce. This estimate is based on a goal of replacing about 85% of salary. The assumed rate of return for the analysis is hypothetical and does not guarantee any future returns nor represent the return of any particular investment. Contributions do not take into account the impact of taxes on pre-tax distributions. Individual results will vary. Participants should regularly review their savings progress and post-retirement needs.

The subject matter in this communication is educational only and provided with the understanding that Principal® is not rendering egal, accounting, investment advice or tax advice. You should consult with appropriate counsel or other advisors on all matters pertaining to legal, tax, investment or accounting obligations and requirements.

Disability insurance has limitations and exclusions. For cost and coverage details, contact your Principal representative.