Watching over the community is this retiree’s volunteer passion

A beautiful clock chimes on Bill Warren’s living-room mantle. Every 15 minutes, this gift from the workplace where he built his retirement savings issues a gentle reminder of his new mission as a dedicated volunteer for his county sheriff’s department.

Warren’s daily schedule no longer is beholden to the clock. Instead, his time is his own.

The work provides him a purpose, on top of other benefits, such as the tendency for volunteer retirees to be healthier.

Warren’s career savings made it possible for him to act on his ideals in retirement rather than worry about earning a little extra income to supplement his household budget. For the last 8 years, Warren, 76, has spent thousands of hours crisscrossing the streets of his California high-desert community with a local “citizens on patrol” program. 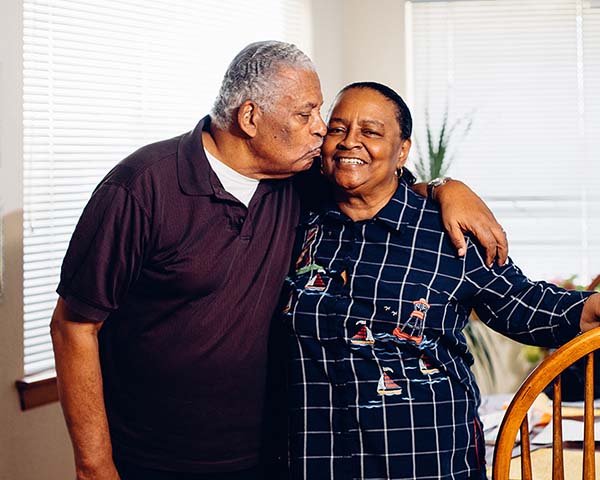 Bill Warren and his wife, Lucille, love to volunteer and help their neighbors in retirement.

Warren and his fellow volunteers are trained to help the sheriff and deputies with routine tasks that free up officers’ time to focus on policing. Volunteers are unarmed. They don’t make arrests. They serve as support, a visible presence, and watchful eyes.

“We’re mainly just observing, making sure there’s no one that needs any help,” he says.

You might find Bill directing traffic around an accident, delivering documents to the courthouse, or conducting a security check on a home for residents away on vacation.

“Why be selfish?” he says. “I got the time, and I can go home when I want to. I couldn’t do that when I was working.”

Bill and his wife, Lucille, hail from Kansas but met when each separately relocated to California.

“To me, he’s always been a person who wants to help,” Lucille says. “This was a good thing for him because it aligns with who he is. As he’s gotten older, it seems like his heart has gotten bigger.”

Hard work and determination are the roots of Warren’s family tree. A stately portrait of his maternal great-grandfather is a centerpiece of one living room wall. This Alabama ancestor, born shortly after the Civil War, migrated to Kansas City, where he opened a corner grocery, raised chickens, ran a rock quarry, and built houses.

“I can remember him singing to me just like it was yesterday,” Warren says.

Extending the family migration to the West Coast, Warren routinely works a long shift on his weekly patrol, up to 10 hours, time he says he feels fortunate to spend.

To me, he’s always been a person who wants to help ... this was a good thing for him.”

The benefits of volunteering in retirement

Warren has many peers among citizens on patrol. The volunteer work bodes well for their well-being in retirement. Statistically, volunteer opportunities for seniors boost health; an independent report from the Corporation for National and Community Service found far less depression and feelings of isolation—and much better health—among seniors who volunteer.

“It’s not a good thing if you retire and your mind goes to sleep, too,” Warren says.

And there are the less quantifiable benefits of just being really appreciated—while patrolling, volunteers get all sorts of thanks or even hugs. Sometimes the neighbors they serve ask Warren and his colleagues if they think they should get paid for what they do. Warren will chuckle and deploy his handy punchline: Sure, just add another zero onto my paycheck.

The joke belies what can be a hard adjustment for retirees, says Heather Winston, assistant director of financial advice and planning for Principal®. “During your working life, even a routine job provides the tangible value of a paycheck,” she says. But retirees who volunteer must be prepared to both wean themselves off the clock and rethink how they measure the value of their time.

Warren’s 700 annual volunteer hours would make his great-grandfather proud—and they make Warren an outlier. The median annual number is 52 hours, according to the Bureau of Labor Statistics. That figure spikes to 94 hours for those age 65 and older—still far short of Warren’s impressive tally.

He contributes to the 688.6 million hours volunteered each year by Californians, and the 2.2 billion hours annually worked by Baby Boomers.

But he’s in rare company when it comes to his preference for patrolling the streets: Only 1% of Californians volunteer in a public safety role.

Save early and eagerly, if you can

“At first, I never really thought about retirement,” Warren says of his early life. “Those years seemed so far away.”

With the benefit of hindsight, Warren says he could’ve placed his retirement years more front-and-center in his financial plan as a young worker. But, he says, “We have enough to live within our means, and I think that’s a very important part of retirement. Because you don’t get raises. You need to watch your dollars.”

Here are a handful of financial tips that the Warrens have learned throughout a lifetime of saving:

While on patrol, Warren sometimes glimpses the sun setting across the desert landscape and revels in the bright spray of colors over the mountains. He returns home to where the mantle clock now chimes to mark another day given to his community.

“Here’s a guy who helped people,” Warren says of his intended legacy. “Simple as that.”

The Warrens’ retirement: How they did it

1. Annuity: Warren built savings throughout his natural gas career and converted his pension into an annuity.

2. Principal® IRA: This gives the couple more liquidity. Warren rolled his 401(k) and 403(b) accounts into an IRA. He and Lucille pull from it to help pay taxes or enjoy extra spending money.

3. Social Security: They both draw benefits.

Ready to get started? 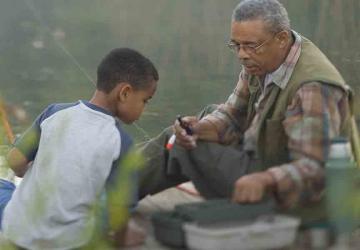 Your retirement age: What’s the best time to stop working?

Retirement is within sight. Take a minute to celebrate

Guarantees are based upon the claims-paying ability of the issuing insurance company.