February economic outlook: What’s up with jobs data, and what might happen this year?

Strong employment demand in a range of business sectors may keep more people working this year—and that’s a good thing. 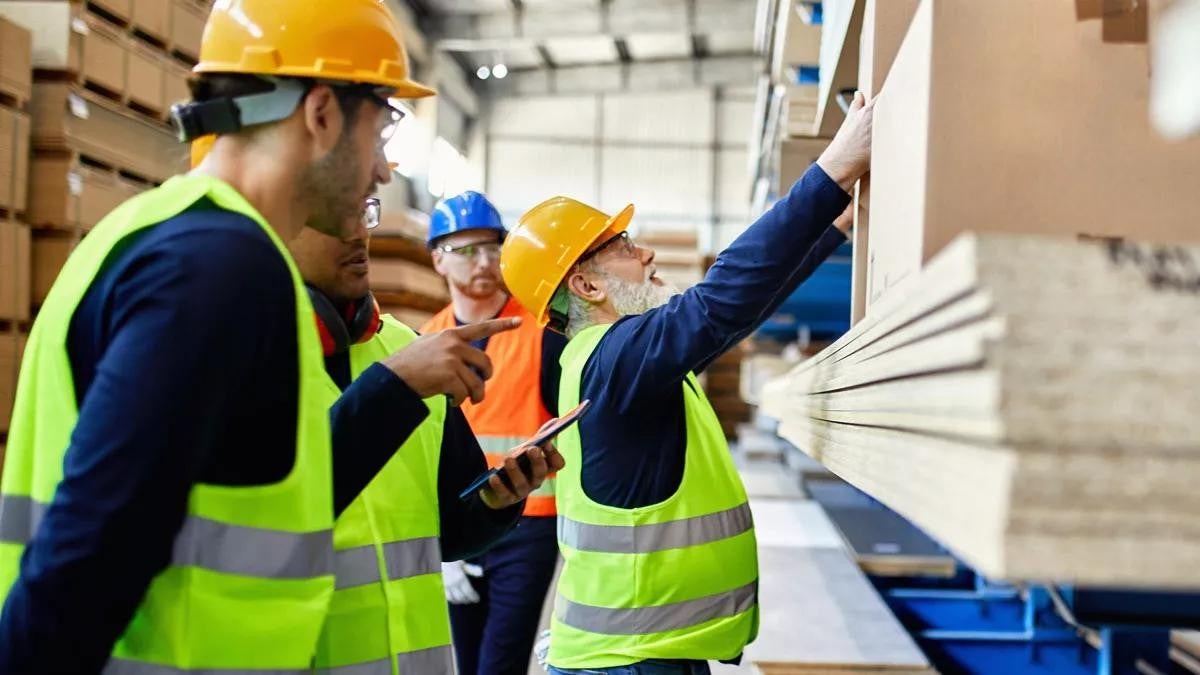 For all the weird economic data of the last few years, one of the weirdest numbers has been the durability of employment. Since COVID-related shutdowns began to ebb, job openings have consistently outpaced job seekers. What might jobs-related information tell us about the economic outlook for the coming year?

Jobs data has a cycle, too.

We’ve talked a lot in the monthly economic outlook about economic cycles. Interest rates, inflation, spending, and gross domestic product—all generally happen in cycles. The same is true for employment.

There are always upswings and downswings for hirings and layoffs—some shorter, some deeper. What’s unusual about this job cycle—let’s say from late 2020 to the present—is not just the sustained period of elevated job openings, but the sustained number of those openings. According to the Federal Reserve Bank of St. Louis, it's never been higher.

The reason is a straight-ish line from the unique circumstances in 2020.

Oversimplified, it goes something like this: Businesses, similar to individuals, have ongoing priorities, including saving, spending, or investing. Sometimes a company has extra funds—and sometimes not. When a company has less money, it pulls back on new purchases, debt payoffs, or growth; when it has more, the opposite is true. “The economic factors that influence a company’s decisions are, in some ways, the same that influence an individual,” says Heather Winston, director of individual solutions at Principal®.

When COVID shutdowns began, many businesses’ immediate priorities and plans for excess funds changed overnight; yours probably did, too. Suddenly, company investments in facilities, for example, became largely unnecessary: Many more people were working from home. “Some companies didn’t have to pay for outflows of their operating capital to the same degree as they did pre-pandemic, so they had opportunities to make different kinds of investments—in some cases, people,” Winston says.

Demand, of course, necessitated many of those job investments and much of the growth in wages: A delivery company or a construction firm had to ramp up to fulfill orders and compete for hires with every other company trying to do the same thing.

That delivered the hot employment market, and along with it, high wage growth, which has also helped fuel inflation. In 2023, companies’ priorities for their excess funds appear to be shifting again—which naturally leads to layoffs or a slowdown in hiring.

Have we had too much growth in income and jobs? Inflation hawks (experts very concerned about interest rates) say yes; full employment fans (and those who finally received bigger paychecks) say no. Ultimately, the Federal Reserve believes it needs to weaken the demand for labor, but historically, that’s been a delicate process.

Your wallet: How did you spend money last year, and how might that change in 2023? There’s plenty of time at the start of this year to review and finalize your priorities—just like businesses across the country are doing now. If you haven’t been able to focus on managing your debt, for example, a snowball or avalanche strategy may help you pay off at least one bill this year.

Jobs data in one industry isn’t the same as in another.

Employment differs by industry; it always has. But before you begin to worry about the jobs outlook for 2023, it’s helpful to know that some sectors, including leisure/hospitality, education/health, and government, continue to see elevated job openings well above pre-pandemic levels. Even in sectors such as tech that seem to have been harder hit by layoffs, job openings remain brisk.1 Some industries are seeing unusual strength: There are currently more U.S. jobs in manufacturing than at any time in the last 14 years and more construction jobs than at any point in history, too.2

What does that mean for the economy, the company you work for, and your balance sheet? “It all comes back to those priorities. Like you, every company has a philosophy about using excess funds to offset the cost of producing goods and services, or where to trim if they need to,” Winston says. “Maybe they still need all these people now, or maybe they don’t. But this hot job market has also shown how interconnected data is: Good jobs data has influenced inflation. Still, don’t ignore how many more people that want to work are working.”

Your wallet: One data point you can look closely at in 2023? Your credit score: It makes a very real impact on your bottom line, including the interest rate terms you receive on any big purchases you may have planned. Learn how to check your credit score, and what steps you can take to improve it.

What are your saving and spending goals for the coming year? If you’re trying to ramp up your retirement savings, you can do it in several ways. One is gradually adding the same amount each month; the other is making a single, larger deposit, such as a tax refund. Log in to your Principal account to see what strategy works best for you. Don’t have an employer-sponsored retirement account? We can help you set up your retirement savings with an IRA or Roth IRA account.

The views and opinions expressed are for informational and educational purposes only as of the date noted and should not be considered investment advice. No forecast based on the opinions expressed can be guaranteed and may be subject to change without notice. No investment strategy, such as diversification, can guarantee profit or protect against loss.