What are interest rates?

In either situation, it can be difficult to make sense of how interest rates—either the ones that cost you or the ones that pay you—work. And while low interest rates don’t benefit traditional savings accounts, they can pay big dividends for people looking to borrow for long-term purchases such as a home or car. Here’s information to help figure out what impact interest rates can make on your money and financial picture.

Loans and credit cards, and the interest rates that accompany them, are common. Most people need to borrow at least some money to go to college, get a car, purchase a home, or buy big-ticket items such as appliances. Businesses need money to expand, hire, and grow. “Interest rates are what determine how much that money will cost; think of it as the price of money,” says Heather Winston, assistant director of financial advice and planning for Principal®.

Interest rates are what determine how much that money will cost; think of it as the price of money.”

But why is interest needed? You pay interest because the bank or credit company needs to pay for its expenses. In addition, the institution lending you money borrows at an interest rate set by the Federal Reserve (the Fed). That rate is tied to the Fed Funds rate, which is set by a part of the Fed called the Federal Open Market Committee.

“I think of this as the rate at which commercial banks lend and borrow money to and from one another,” Winston says.

Of course, banks strive to be competitive with other banks in loans, but you shouldn’t borrow money based on interest rates alone. “Compare upfront costs, such as origination and other fees,” says Stanley Poorman, a financial professional with Principal.

“The interest rate may be lower, but the upfront cost to establish the loan adds to the principal of the loan, increasing the interest paid and overall cost of the loan to the customer.”

If you take out a loan, you borrow from an institution or the government; when you save, the reverse is true. You are “lending” money to banks or government entities who pay you in the form of interest (or earnings). While higher rates cost you more as a borrower, as a saver or investor higher rates benefit you. “Savers like to see rates go up as it means they will likely earn more on their savings,” Poorman says.

Interest can be paid on everything from traditional savings accounts to bonds and mutual fund investments under a 401(k). Some savings products, such as checking accounts and certificates of deposit, offer an interest rate that doesn’t change much or for a period of time and is generally quite low. The earnings on other investments may change more, offering the possibility of a higher rate of return alongside a higher rate of risk.

Generally, in accounts such as 401(k)s and IRAs with holdings in mutual funds, earnings from investments are automatically re-invested. Over time that, in turn, helps to grow the total you’ve invested and you can then have earnings on your earnings (what’s referred to as compound interest).

Bonds are another product that earn interest. A bond is simply an agreement to borrow a stated amount of money at a set interest rate and time period. A corporate bond will pay interest over the life of the bond; at the end of a bond’s term, a company pays you back the borrowed amount. (One thing to note regarding bonds: Prices and yields, or interest, have an inverse relationship. This means that if you own a bond its price, or value, may go down as rates increase over time.)

A little planning can help you review interest rates and earnings to help meet financial goals.

When interest rates are historically low, “it may be better to look at doing fixed rate types of loans as borrowing money is cheaper,” Poorman says. “This could be a good time to consider refinancing or purchasing a home or car.”

Since everyone tends to see risk and return on an investment differently, consider striking a balance between more liquid savings vehicles (which may pay lower rates) and longer-term products (which offer a chance for higher earnings, but also a higher risk of loss). The mix you hold of each may change over time.

So, are you earning interest? 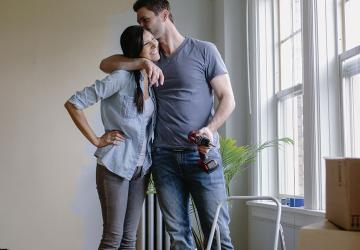 How to create a home-buying budget you can live with 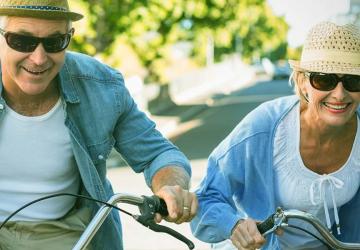 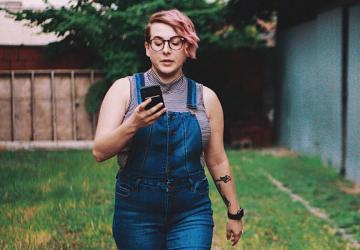 This information is educational only and provided with the understanding that Principal® is not rendering consulting, legal, accounting, investment advice, or tax advice. You should consult with appropriate individuals including counsel or other professionals on all matters pertaining to business, legal, tax, investment, or accounting obligations and requirements.