Brandon Schaffer is a night nurse. Erica Leresche works as a mortgage loan underwriter. Talia Rodkey got a job out of college two years ago as a tech company applications engineer.

All three—one with four kids, one with a partner, one single—hold ordinary jobs and have everyday bills.

But this trio, spread across the country, share an extraordinary similarity: They’re all retirement super savers, stashing as much as they can (in some cases about 24% of their salary) in retirement accounts.

defer 15% or more of their salary

Their shared focus? Spend on the things that matter, save steadily and incrementally, and take the long view.

“I don’t consider myself a super saver,” says Leresche. “I just try to prepare and be self-sufficient the best I can.”

Here’s what they’ve done (and keep doing) that you can use as inspiration to help you save more, too.

1. Start retirement savings as soon as you can.

Before he became a nurse, Schaffer was a coal miner in Wyoming, where he participated in an employer-sponsored retirement plan. He saved just enough to get the company match.

“It didn’t click with me that if I did more, I could retire earlier,” he says.

But unlike most, Schaffer had gotten a head start saving for retirement as a teenager. When he was in high school, his mom encouraged him to start a Roth IRA; he stashed $50 a month from a part-time job. “We grew up on a farm in South Dakota, and the best thing I learned was to work hard and start good habits early,” he says.

Leresche and Rodkey also leaned into early savings. Leresche began her retirement savings at age 21 through her employer’s plan; when she left that company after several months, she rolled the money into an IRA and didn’t touch it.

Rodkey has been at her latest position just two years but already defers nearly 18%. “I want to save as much as I can now so that I can save later for other things,” she says.

Learn how one young couple is saving, spending, and investing so they can retire early.

2. Spend on the stuff that matters.

Leresche loves horses and rides twice a week. She and her partner own their home , too. Schaffer and his family live on a small hobby farm and like to travel. Rodkey saves for retirement but adds to a vacation fund as well.

Travel, hobbies, small indulgences: Even though their savings rates are extraordinary, each of these super savers makes sure their budgets have room for what matters.

“We might sacrifice a few things in the short term, but we choose what we value and focus on those things,” Schaffer says.

The pandemic didn’t change that, even if it did increase uncertainty.

Rodkey’s employer, for instance, instituted short-term, graduated pay cuts. She didn’t panic and didn’t change retirement and student loan payments. Instead, she tweaked her mindset. “I focused on turning needs into wants,” she says. “I love getting nail polish and I made big deal of buying it. I indulged in special things like dragon fruit at the grocery store.”

Learn more about balancing investing and paying off student loans.

Right now, Rodkey lives in a home her parents own, but pays rent and has taken up a side gig bartending a few times a week. She’s steadily paying off her student loans on a shortened, but not drastic, timeline of 10 years. “That allows me to live life now instead of totally focusing on paying them off,” she says. “I don’t want to be miserable for a few years. I’m content with this choice.”

3. Trick yourself into spending less and saving more.

Rodkey, Leresche, and Schaffer each has an emergency fund, although the total ebbs and flows with their feelings on the economy and competing financial needs. And each also uses a trick of some kind to help them save more (and maybe spend less).

For example, Leresche puts all her expenses on a credit card; when she pays it in full every month, she “taxes” herself 10% and puts that amount right back into savings. It both discourages spending too much and gives her savings an additional kick.

And when Leresche and her partner started house hunting, they didn’t set a budget based on what they could afford on their current jobs, but what they could afford if they had to work for minimum wage. They still found a move-in ready, three-bedroom home in a neighborhood they love—and at a price that she felt comfortable with. “It just involves looking at priorities and figuring out what’s important. Everyone is different,” she says.

Learn more about creating your own home-buying budget.

4. Count on yourself for retirement savings.

Leresche, Rodkey, and Schaffer don’t expect Social Security to supplement their retirement savings. If it does, great, but if it’s gone, they won’t be caught empty handed.

All three also know that what they’re saving now might not be what they save in the future; it’s adaptable. There’s no dollar total they’re aiming for—they’re just saving as much as they can for as long as they can.

Leresche, for example, is maxing out her retirement accounts and has her eye on one day putting extra money into taxable accounts. “It’s hard to pinpoint the future,” Leresche says. “But I won’t have any inheritance and I’m not expecting to get Social Security.” 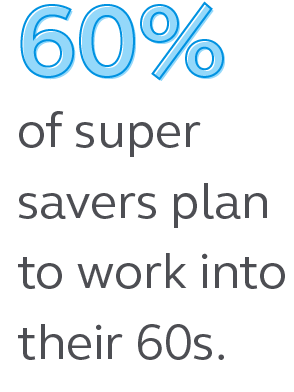 Rodkey feels the same about retirement independence; her only debt is her student loan. “I’m not betting on Social Security or a partner,” she says. “I want to live comfortably no matter where I have to live, like in assisted living, when I retire.”

And all three also realize that one of the biggest expenditures in retirement—health care —is a lifelong focus. “You have to take care of your health now or you won’t be able to enjoy your retirement,” Schaffer says.

Don’t have retirement savings through your employer? Learn how you can set up an IRA. 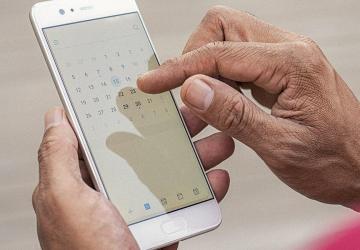 2022 key financial dates to add to your calendar 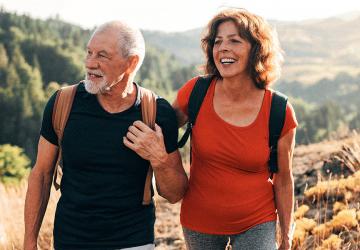 Will you have enough income for your dream retirement? Investing beyond a 401(k) 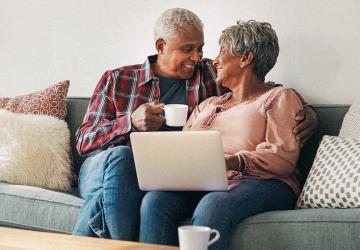 The subject matter in this communication is educational only and provided with the understanding that Principal® is not rendering legal, accounting, investment or tax advice. You should consult with appropriate counsel, financial professionals or other advisors on all matters pertaining to legal, tax, investment or accounting obligations and requirements.