6 money conversations to have before marriage

It can be tough to talk money in a relationship—whether you feel like you don’t have enough, aren’t being responsible enough, or aren’t enjoying it enough.

But with open communication, realistic expectations, and consistent check-ins, you and your partner can navigate finances. Read on for six money conversations to have before marriage, with examples from a real couple that’s been through them all before.

Conversation 1:
How do our attitudes toward money differ? How are they similar?

Some people see savings accounts as security blankets to be built and guarded. Others consider that money as fair game for funding a certain lifestyle. The same disparity exists when it comes to individuals’ comfort levels with debt.

No attitude is right or wrong—the goal is to discuss where each of you fall on that spectrum. If you view money differently, make sure your long-term financial plans respect both your needs.

“Start the conversation small,” says Heather Winston, assistant director of financial advice and planning at Principal®. “Learn each other’s history with money, what you think about it, and how you make financial decisions. It’s OK to feel awkward at first. Keep talking until you’re both comfortable.”

Casey and Justin Mathias, of Lutz, Florida—married in 2011—were raised with different attitudes about finances and had to set expectations early. “In my family, we talked about good money habits, but we didn’t talk specifics,” 37-year-old Casey says. “Justin comes from a family where almost no topic was taboo, which was initially difficult for me.” 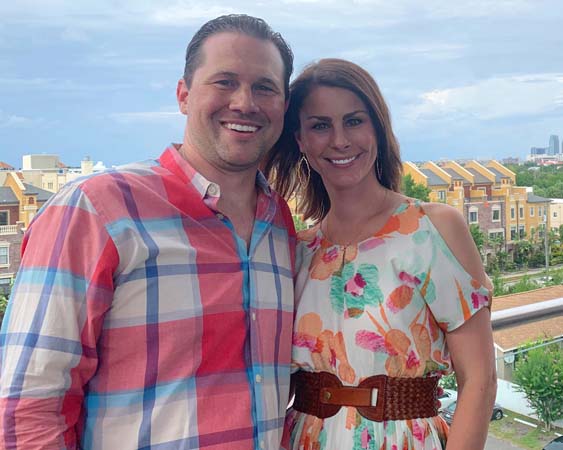 Justin and Casey Mathias out in Tampa, Florida.

At first, it was awkward talking with her then-boyfriend about how much they earned and spent. But they agreed that more conversation was better than not enough.

Conversation 2:
Should we combine bank accounts and finances when getting married?

Whether cohabitating or considering marriage, you and your partner will need ground rules. Some options to get your conversation rolling:

“At first, we made the mistake (for us) of thinking that expenses should be split 50/50,” 40-year-old Justin says. “It was key to throw out that idea, then start by understanding each other’s budgets and agree that we’d manage everything together. One account—all income going into it, all expenses coming out of it.”

Casey says this works because now they share sacrifices and goals.

Conversation 3:
What will our budget look like? And is it realistic?

That brings us to the dreaded B-word. But really, budgeting doesn’t have to be about restriction. Take some time to make a solid, sustainable budget that:

“Couples can run into problems if they’re not realistic about what something will really cost or how long it’ll take to reach a goal,” Winston says.

It may take a few months to get your budget right. Give yourselves some grace as you work in all expenses and monthly scenarios, so setbacks don’t cause too much stress.

Tip: What happens if life throws you a curveball? Only four out of 10 Americans would be able to cover an unexpected $1,000 expense with their savings.1 Consider starting an emergency fund with your partner. Equally important—have a clear agreement on when it’s OK to access it.

When Casey and Justin wanted a third child, they started talking about all aspects of that decision—from daycare costs to crunching numbers for college. When their daughter arrived, Justin realized they’d miscalculated. “We assumed our budget numbers had remained relatively stable,” Justin says, “but our food budget was two or three times higher than what we’d thought.”

By then, the baby had arrived, so the family had to make deep cuts to stay ahead. “It was hard,” Casey says. “It’s not enough to rely on old impressions about where your money goes.”

Conversation 4:
Is there anything we don’t know about each other’s financial history, but should?

For some, talking about money stokes anxiety, even fear. It may feel easier to avoid the topic than tackle it. In fact, a National Endowment for Financial Education poll found that more than 40% of couples with combined finances have either hidden purchases from their partner or lied about money.2

Transparency matters when you’re planning finances together. This means revealing debt, sharing credit scores, and generally being forthcoming. From there, you can address root issues, build realistic goals, and determine what financial success means to you as a couple.

40%
of couples with combined finances have either hidden purchases from their partner or lied about money.2

“Avoidance won't make money problems go away,” Winston says. “In fact, it could make the situation worse. No matter what your circumstance, the sooner you face reality the better.”

Conversation 5:
How will we split financial responsibilities?

Maintaining your financial plan is a big lift. As with any household task, discuss how you’ll divvy up responsibilities.

Maybe one of you likes checking items off a list and can tackle paying bills. If your partner is more analytical, research for retirement investing might be a good fit.

Set your roles then regularly share how it’s going. A few checkpoints:

Winston adds that connecting routinely helps keep money conversations out of the shadows. “Initially, it can be difficult to talk about saving and spending. Like any skill, if you do it routinely, it becomes a habit.”

Casey and Justin hold an annual deep-dive at tax time. “A full assessment of income and outflows,” Justin says. “We look at how we did the previous year and talk over priorities for the year to come.”

They revisit their financial goals with shorter conversations while paying bills each month. “We’ve had times where our calculations were off, or we didn’t think about something the right way,” Casey says. “Then we decide on fixes like cutting back on dining out.”

They’re also on the lookout for “signposts” to guide their conversations. “We pay attention to big expenses or changes,” Justin says. “Once there’s a life event—anything from a big purchase to a cross-country move—we’re talking about money more than normal to make sure budget changes don’t get out of control.”

Conversation 6:
Are our finances protected if something happens?

You’re doing great having open conversations about money—how to save, and how to spend. Now, how do you protect it?

“These types of conversations aren’t necessarily fun,” Winston says, “But thinking about how you’ll manage if something happens to one of you should be part of the mix.”

Some agenda items for your regular money talk:

Money discussions aren’t always easy. But they’re an important part of building a future, together. 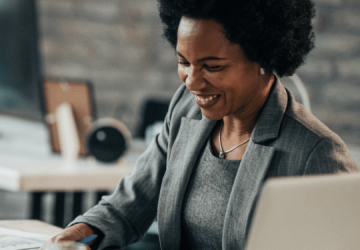 What is a stock? 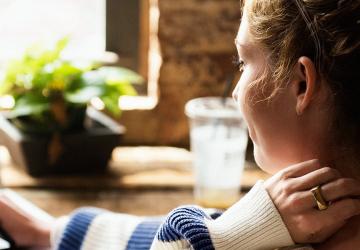 What is a target date fund? 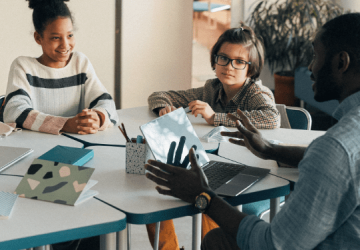 What is a bond?

Disability and life insurance have limitations and exclusions. For cost and coverage details, contact your Principal representative.